Almost sixty years after the signature of the Treaty of Rome in 1957 creating the European Community), a Member-State, the United Kingdom, has for the first time in history decided to leave the European Union. The « yes » to leave vote during the British referendum on 26 June 2016 led to the use of Article 50 of the EU Treaty triggering off a long period of negotiations between the UK and the EU, which was overshadowed by a permanent struggle between the options of a « deal » or a « no-deal ». 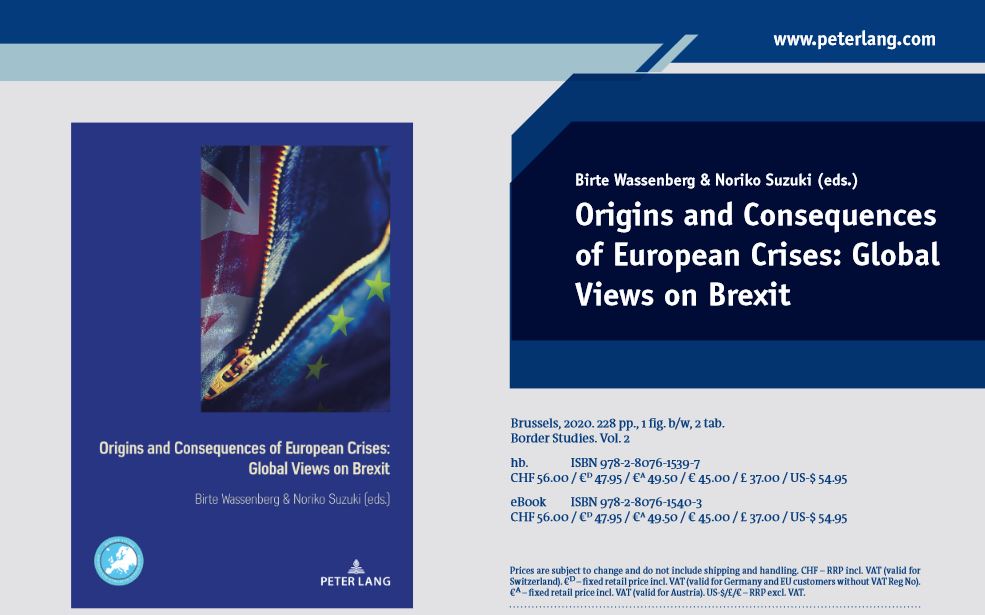 The Withdrawal Agreement was finally signed on 24 January 2020 and Brexit actually took place on 31 January 2020 – more than three and a half years after the referendum. It is not surprising that a lot of analyses have been put forward to explain the British electoral result, mainly from the perspective of political sociology. However, there has been less research so far on the deeper roots of Brexit as a historical and political process and its development from the start of the referendum campaign until the end of the negotiations between the UK and the EU, nor on its possible social, economic, legal and (geo)political consequences. In order to examine the origins and consequences of Brexit, this publication develops two original perspectives. On the one hand, it has taken a pluridisciplinary approach comparing the point of views of sociologists, political scientists, legal experts and historians. On the other hand, it has adopted a global approach by comparing the analyses of Japanese, Canadian, American and European researchers. These « Global Views on Brexit » regroup the contributions to an international Conference on « The Consequences of Brexit » organised on 6-7 December 2018 in Strasbourg, in the framework of the Jean Monnet project on Crises in European Border Regions supported by the Erasmus+ Programme of the European Union (EU) for the period from 2018-2020.

Birte Wassenberg is Professor of Contemporary History at the Political Sciences Institute (IEP), University of Strasbourg. She holds a Jean Monnet Chair on the contribution of cross-border cooperation to the European Neighborhood Policy and is Co-Director of the Franco-German Jean Monnet excellence Center in Strasbourg, Member of the Research Unit UMR Dynamiques européennes and Director of the Master 2 Border Studies in International Relations. Recent publications: Castle-talks on Cross-Border Cooperation. Fear of Integration? The Pertinence of the Border, Steiner Verlag, Stuttgart, 2018, The History of the Committee of Regions. 25 years of cities and regions furthering European Integration, Committee of Regions, Brussels, 2020.

Noriko Suzuki is Professor in the Department of Social Sciences at Waseda University, in Japan. She is specialized in political sociology. She works on the European citizenship and political participation of European citizens living in the other EU Member States.